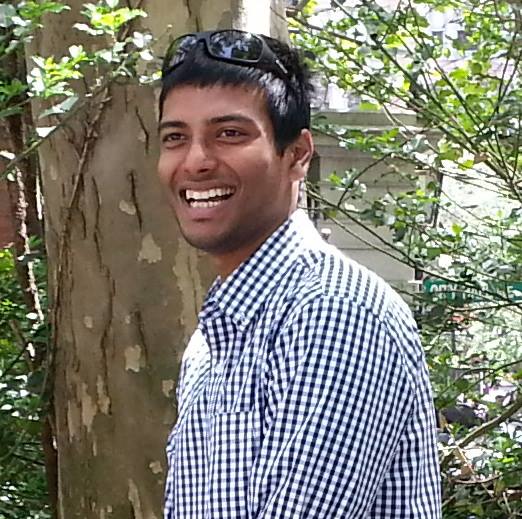 Jekyll and GitHub pages have definitely given a slick look to webpages, coming from a person who used to fiddle around with DHTML on old blogger templates (and frames, yes frames, that relic of the 90s!) as a (naturally) nerdy teenager.

During gradschool I realised, alas, that there is only a finite number of hours in a day. In my first year, 2013, I ended up spending most of my work time on getting familiar with MATLAB and Computer Vision. Web scripting, even keeping track of the new trends, definitely fell off my horizon for a long, long while.

A diversion into space

As a kid, I remember being struck by something Michael Collins had written about his Moon mission. He made two lists with the following headings as the preparations for his mission began:

As the day of the launch drew near, he had ticked all the things under Need to know and a fair amount of the things under Nice to know. This was the crux of productivity and time management to me – the realization that in a finite amount of time, one has to prioritize.

Dipping in a toe

After what I deemed was a sufficiently long time in the “Need to know”, after clearing PhD quals, it was time to turn to the luxuries of the “Nice to know”. In 2016, I joined a data science interest group at UMass as the guy in charge of updating their website. Kostis, who preceeded me in that (and a lot more besides), had done a rather sterling job of setting up a Jekyll website. It gets exponentially easier to learn something new when starting off from a well-organised codebase.

The second push to get some idea of the modern web was from my roommate Rajarshi on his quest to data-hacker-ninjahood, also from whom this website layout idea came about.

The push to stay organised

There is a certain amount of discipline in linking to relevant resources when writing for the web. It is akin to the sense of completion at “citing sources” in academic writing. I am hoping to continue using this as a sandbox for blogposts and updates as a way of imposing that discipline on writing in general.

You May Also Enjoy

Thanks to Prof. Huaizu Jiang’s kind invitation, I was delighted to give a guest lecture on learning from unlabeled data for the graduate Computer Vision cour...

Excited and very fortunate to be accepted for the doctoral consortium @ ICCV 2019, Seoul with Prof. Andrea Vedaldi as my mentor.

Looking forward to a summer internship at the Media Analytics department of NEC Labs.